On performance and environment

August 14, 2016
Hobbies are a great way to relax and unwind from work. They are also an excellent opportunity to practice some skills and learn about yourself.  Photography shows a clear visual representation of how practice with tools can improve output. Running I have found has taught me a couple of lessons about performance and motivation. Here are my top four

Goals are important
Yes, even arbitrary goals. As long as they have a narrative that you can use as a guide. They provide a sense of progress and small achievements to celebrate.

For example as an individual runner, it makes no real difference to my life running 10km just under an hour. Or a bit faster at 51 minutes. But the difference in the sense of pride and achievement in my progress was real.


Your environment matters
Periodically I pause from running then have to restart. Sometimes this also involved a house move and I need to find a new route. On one of these occasions I picked out what appeared to be a nice loop of around 5km but it felt awful. It kicked off with a hill to get it out of the way followed by a flat section. The next day I did the route in reverse. Bingo! Much better. Faster time and I was much happier other the run. Small changes in your environment can make for better performance ... And more joy. If you are having difficulty getting the job done, and the order of tasks does not matter, then try mixing it up. Sometimes "the obvious" way isn't the one with the best flow.

Your environment matters part 2
Music can give you a massive boost. Since the 2012 Paralympics I have started my runs with Public Enemy's Harder Than You Think. It gets me psyched up. Now I've been using it for so long a Pavlovian response kicks in and when I hear it I expect to run. On a previous route I even timed the last 200m to coincide with the bass kicking in on Moloko's I Can't Help Myself. At work I do a similar thing and tailor the music to suit the mood I need. Something uplifting before a meeting, or something with a rhythmic beat for writing.

Habits can be good
The other thing about restarting running is that you get out of the habit of going. When starting again I look at one metric - it could number of runs a week, average pace or distance covered. It doesn't seem to matter you choose to start. As going out starts to form a habits, you can move the first metric then move the next one. Much like impact mapping.

Don't care too much what it looks like from the outside
Bit of a random one. When starting out things will feel weird. You might not feel like you "look like a proper X", whether that's a runner or product manager. For example a couple of years ago I did the colour run. As part of the race pack we got a free headband with "colour runner" across it. At first I felt a bit of an idiot going out with this on. Then I realised that I didn't have single problem with being able to see. No more to wiping my eyes every 100m! Non-runners didn't see the benefit it gave me. This reminds me of when "agile" hit the office. All the sharpies and post-its, planning poker cards looked strange. Those that understood the theory knew that there was a reason for each.

Lessons for software dev?
Software development has taken the concepts of "sprints" and "marathon pace" from running ... so, why not "rest days" or "recovery runs"? Both vitally important for high performance in running, and I suspect the same for any knowledge work. Take time out for tackling tech debt is much like having a rest day, or doing core work.

Popular posts from this blog

CONFERENCE: TTI Summer Forum 2017 – Getting to Grips with GDPR 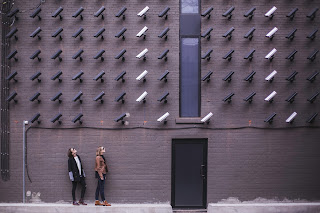 T his week I was at the Travel Technology Initiative's Summer Forum . The subject was the new EU (and UK!) data protection laws. These are due to come into force in May 2018. It's a large topic where the individual member state's laws and guidance are evolving. There were three main points that I picked up from the presentations. First from Dai Davis , GDPR expert at Percy Crow Davis & Co. His lively presentation talked about how a large part of the change is in how rights communicated. Before this was by "fairness" through registration of usage with a central body. The shift is to transparency by informing individuals directly. This means that the consumer mindset could then shift to match how legislation is framed. For example, with the repetition of many companies holding personally identifiable information now having to inform what they are collecting and how they are processing it. Currently, awareness isn't high and the compensation not high eno
Read more

Low code is the future

No-code has been a dream of some companies for a while, so I thought I'd go beyond the hype and test drive some of the tools.   This was a gap in my 2018 post  Tools to help your start-up in starting up , so an update of sorts. This post was prompted by coming across this great summary  🤖 No-Code - Unleashing Creativity on the Internet  and I'd say most of them are still at the stage of "low code" to be truly useful. Also there are a lot of flame wars across the internet about what is a "proper language" to write software in, so in the spirit of this tweet about PHP ... It also drives home something techbros hate to admit: your users don’t care what you build your app with, they care that it works the way they want it too — Chris Hartjes (@grmpyprogrammer) December 1, 2020 ... make things that work they way people want them to and don't worry about your stack! (too much :-) Webflow/.bubble/WiX site builders These tools are really easy to get a small we
Read more

Last night I attended the first WordUp Brighton event of 2018 . Tammie Lister talked about the new WordPress editor, Gutenberg, and Dave Potter gave a talk on security. This was outside of my usual bubble as I'm making more of an effort in 2018 to explore the local "tech scene" outside of day-to-day concerns. Dave started off with a great look at "security". This wasn't the talk I was expecting from the title but brilliant. I had initially thought it would be about things like hacking, but it was more to do with the security of business processes. So important things like back-up and retention strategies, which introduced the hot topic of GDPR! How hosting impacts those. Also other things to look out for in hosting that can impact your business continuity, like what do hosts do when they see network spikes ... will they just take down your instance or a whole server? Tammie then did an intro to a new WordPress editor from Project Gutenburg. This look
Read more